“Thin Grete’s” gallery has worked for almost a year in Tallinn’s street now and it is a testimony that there is something very good and weird at the same time. Gallery set up by civic initiative, has exhibited paintings by both local and foreign artists. It is known by the painter Irina Ošleja currently showing her works there and probably by a small part of the local population. The problem is wider – visual arts is something that decorates (at best) lunchroom or it has to offer people something more.

Fine art has lost its consumption value but more important is a personal perception of the world which relieved from the obligation of consumption can bear other goals. For example, the possibility to somehow perceive the world in a new way, to see or perceive things which existence was not of prior notice. That is certainly the ability to simply observe without a purpose, which may have a liberatory effect in a world where everything is done only to catch some certain outcome. It is necessary to educate yourself in this field as well as you have to study music or whatever discipline, such as whether chemistry to understand its language.

On the one hand this understanding should be provided by education and on the other hand by the gallery/galleries, because only fully functional art life offers an opportunity and a lasting need to enjoy art and so to enrich our daily lives. Art is also perceived as a creator of the local identity. Because of Paide Vallitorn was carrying out changes a year ago, its function as a gallery was vanishing. Thanks to Jaak Salmar’s initiative and a number of volunteer helepers’ work, a year ago the basis of comfortable “Thin Grete” was done which we hope will enrich the local art scene for long. It was also pleasing to see that Kultuurimaja’s concert hall had a new gallery space which has a natural supplement out there next to concerts and performances, but it would certainly be embarrasingly out of place next to sport center’s corridor wall. 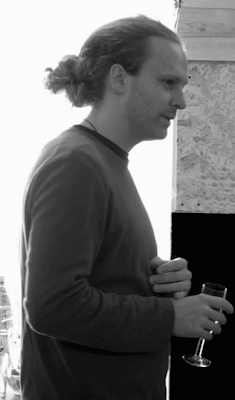