The face of Paide could be its music
Author: Kaido Kirikmäe (professional composer and freelance anarchist)
It might be true that I look at things related to Paide from a migrant’s point of view, but it seems to me that many years of image creation has not borne a fruit. Time to time we try to figure out something new but miss larger cultural and natural resources we have got.
Namely, these are musicians born or living in Paide who are able to set the fashion in Estonian cultural landscape as well as worldwide.
For example, a local guitar pop collective Ans. Andur who are known among music lovers thanks to their particular and simple, so-called Paide sound. Organisers are familiar that this quartet from Järvamaa is able to attract hundreds of listeners into the concert hall.
Or Paide stoner-kings Nevesis who have attained reputation as an ensemble with profound technical proficiency and against whom has also been interested Finnish festival organisers.

And are we informed with up-and-coming One Sense label’s weird and cosmic hip-hop/rnb producers Kali Briis and Ki En Ra?

Also with delicate but beautiful voice Tiiu Kiik, who has participated in two Eurovision Song Contest’s semifinals and has repeatedly attracted the attention of music fans living abroad.

Do we know the enigmatic Kurt Webbers Pink Band, whose album “Café Regatt” was honoured by many of Estonian leading media publications as a week's No. 1 album?

Or, who knew that band’s Sinine leader Mauno Meesit has signed a significant record contract with Germany’s record label or that he has toured across Russia?

I have come to realize that Paide has an excellent basic material in shaping their own image and what a pity if it left unused: the outflow of talented people continues to go there where seems to be more fertile ground for the realization of their achievements.

I believe that the current local culture policy requires a new breath to survive and bold, but practical solutions and which costs stay in modest numbers, compared with other investments, but because of these mentioned artists Paide is known as a nice city full of vibrant music scene and where festivals with truly interesting content take place which arouse attention both here and elsewhere. 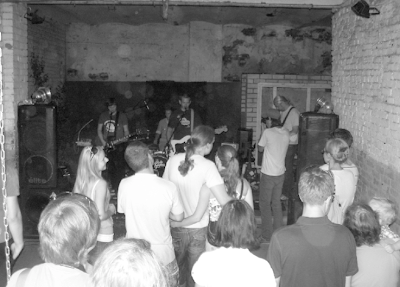